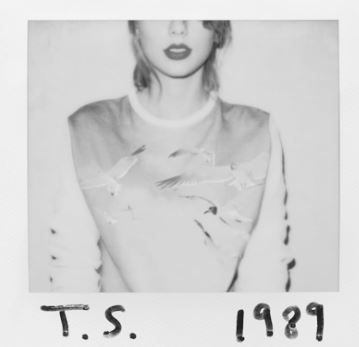 Anyone who has ever heard Taylor Swift’s previous music on the radio can admit that her songs haven’t been all country; pop has definitely been making its way into her music. But in her most recent album, 1989, not a strum of the guitar was to be heard. However, Taylor has always been known for her loveable country vibe…was she able to pull off this new genre?

In my opinion, yes. Sure, I miss some of the aspects of her older music, but I think this change is working for her. The overall vibe of her new record is young, vibrant, and upbeat; basically, music that makes you want to get up and dance. The stereotypical morose, heartbreaking Taylor Swift break-up song is nowhere to be found on this album, and if the topic of splitting up does come up, she approaches it in a more I’m-25-and-no-break-up-isgonna-ruin-me kind of way.

One thing I believe that Taylor has kept alive throughout all her years of writing music is her lyrics. Above all, she is an incredible songwriter; some may disagree, but if you really listen, many of her words are quite insightful. Sure, sure, the constant repetition of “Out of the Woods” can get on anyone’s nerves, but c’mon, it’s pop. What did you expect?

Of course, I can’t talk about 1989 without talking about her single “Shake it Off ”. I love this song, firstly and most obviously because it makes me want to dance no matter what mood I’m in. However, I also adore it because of the message it sends; sure, it’s cheesy as hell, but it tells her fans to be themselves and to not care about what other people say. This seven-time Grammy award winner manages to shut down any magazine that ever started a rumour about her while making everyone else feel amazing about themselves at the same time.

Taylor really thought out of the box with this album; every song has its own uniqueness to it. “Bad Blood” has quite an angsty, alternative vibe to it, whereas “Wildest Dreams”, my personal favorite, could belong on Lana Del Rey’s “Born to Die”.