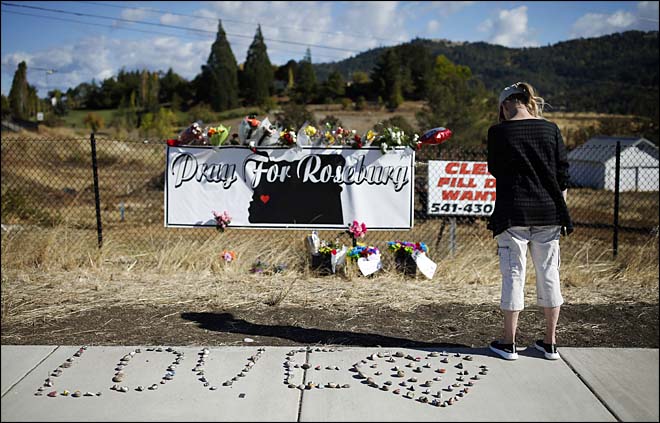 The United States faces another tragedy after an armed male stormed Umpqua Community College’s Campus on Thursday morning. The first 911 call arrived at 10:38 am, and the police were reportedly at the scene le+ss than 5 minutes later. 2 minutes later, officers reported that the suspect was down (CNN).

Ten people were killed in the massacre, including the gunman. 9 others were injured. The crime itself is reminiscent of other shootings in recent history, with some reports of the shooter asking victims’ religion (CNN).

In the initial reporting, Sheriff Hanlin refused to release the name of the shooter, stating that he would not “give him credit for this horrific act of cowardice”. Despite this, several major news organizations have gone on to name the attacker (Time). Bandersnatch Newspaper will not be releasing his name for the same purposes.

Survivors of the attack are already beginning to pick themselves up. Chris Mintz, specifically, is recovering in the hospital after being shot several times in an attempt to stop the gunman. His brave actions could very well have bought time for police to arrive (CBC).