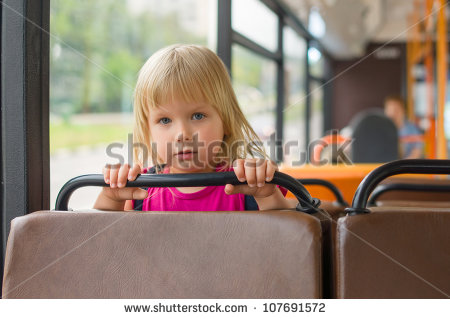 Public transportation. Love it or hate it, we all gotta take it at one point in our life; and like your belly button, they are just thriving with fascinating and diverse forms of life. Here are a few of the most notable ones.

1) The business man.
You know the guy, decked out in a suit, hair slicked back with enough oil for Greenpeace to try and stop it from crossing the border. He’s probably either screaming into a Bluetooth and scarring some small child or he’s fidgeting and twitching around like he just did several lines of cocaine off his suitcase. Invariably sitting down, you’d have better luck dethroning the monarchy in the 18th century than convincing him to surrender his seat. A pregnant lady with an amputated leg would be SOL if she ever wanted a seat from him and even his dying mother would be hard-pressed to get a second glance from him if it meant that he had to stand up. The business man usually gets off at the train station,
where he will disembark with many a shove and more expletives than is strictly necessary.

2) That one teenager or group of teenagers.
Can be found as a lone wolf or in a pack of four or more, the average fifteen or younger teenage boy on public transport has enough testosterone that you can practically smell it. Or maybe that’s the Axe. Generally, you can find them in the back of the bus with hats done tight enough that you’re fairly sure all circulation has been cut off from their head and with the way they act, you’re probably right. They’re also easy to identify by the loud music that’s always playing from a speaker that seems to be screaming at the other bus riders to put it out of its misery as it blasts some generic, bass boosted song. It’ll feel like you just entered Osheaga 2k18, but with more degeneracy, if that’s even possible.

3) The small child.
Should I call the cops? Are they lost? There’s literally a nine-year-old on the bus with no adult supervision. I suppose as long as they stay away from the
potential crackhead, they’ll be fine. Which brings me to the next person.

4)The crackhead (potentially).
I don’t want to make assumptions, but when you hop on the bus smelling of turpentine with hair that looks as if you stuck a fork into an electrical socket several times over with eyes to match, I’m going to assume some things. The first thing is that you had a wild night. The second, as you start to scream is, “Oh God he’s insane, I’m going to die. What’s the number for 911” followed by a semi-ironic “same”. The (potential) crackhead is generally harmless as long as you keep your distances from him and don’t look directly into his twitchy eyes for more than half a second.

5)You.
And then there’s you, the poor sap that has to witness all of this as you try to get to your destination. I’d say I feel sorry for you, but you knew what you were getting yourself into when you entered the bus.