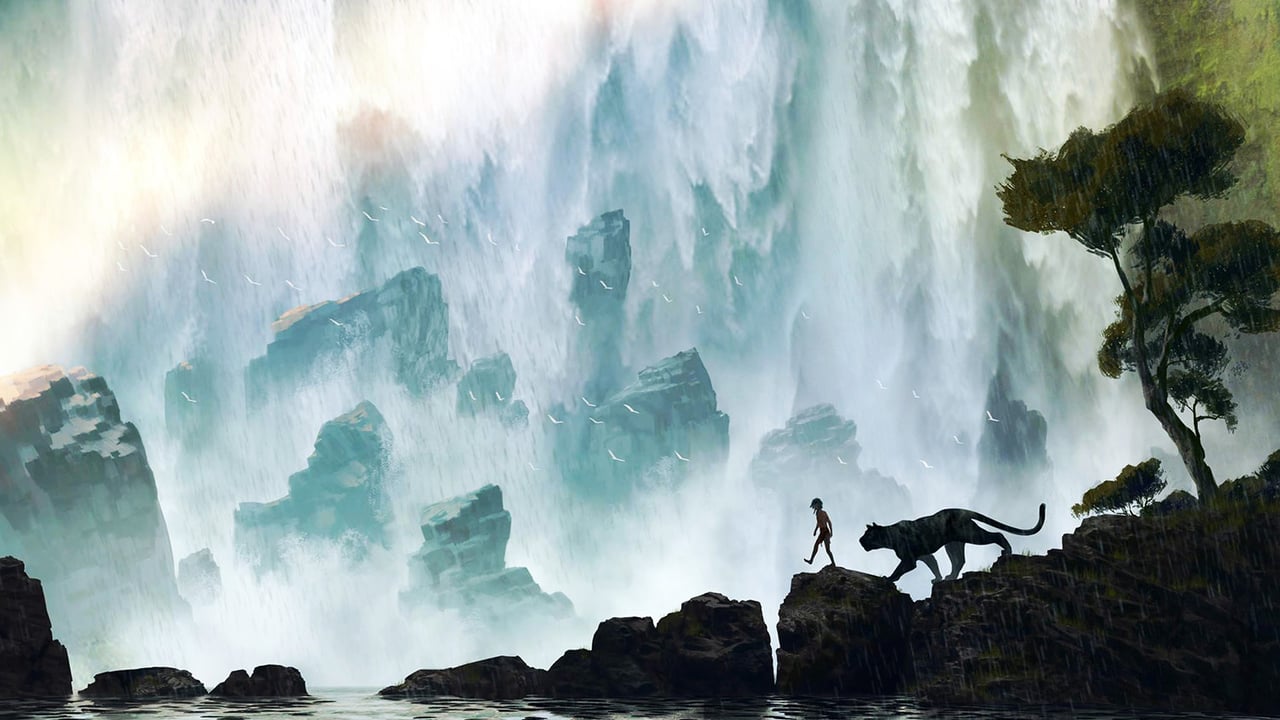 Disney has really reinvented itself throughout the past few years, with a recent barrage of modern animated classics and the almost constant success rate of their live-action endeavors. Once again, Disney has another big success on their hands. I will admit that I was rather skeptical of Disney’s recent attempts to turn their animated classics into modern live-action movies. My skepticism was then further fuelled by both Alice in Wonderland and Maleficent, two movies which I feel really wasted their potential despite being commercially successful. Though, their next project—Kenneth Brannaugh’s remake of Cinderella—absolutely floored me with how fresh and original it was while also retaining the spirit of the original animated classic. This gave me some hope that Disney is capable of producing a good live action adaptation. I was intrigued when I heard they’d be remaking The Jungle Book, as this is quite an ambitious project. The cast list alone convinced me the movie is a must-see, including household names like Idris Elba, Ben Kingsley, Lupita Nyong’o, Bill Murray, and Scarlett Johansson.

I was immediately immersed in the film’s world and dazzled by the movie’s absolutely stellar visual effects. I found it hard to believe that practically the entire film is rendered in CGI (aside from the human actors and props). Normally I’d expect so much CGI to ruin a film, but it was incorporated so well and looked so lifelike it actually went a long way in enhancing my experience. I believe that many rounds of applause should be given to Neel Sethi, a young up-and-coming actor who portrayed Mowgli in the film. Not only was it his first time performing in a film, but he managed to do an absolutely fantastic job with his performance in front of nothing but a green screen, which is quite a taxing job. I look forward to seeing more performances of his in the future; this kid is going places. All of the voice performances were top-notch as well, from Bill Murray as Baloo, Ben Kingsley as Bagheera, and Idris Elba as Shere Khan.
While I think this movie was incredible, sadly, no movie is perfect. And the same can be said about this one. The movie’s pace is excellent for most of its run time, but there is one five minute scene which I feel slows the film down for a bit, as it exists to simply throw some exposition into the film. The action picks right back up again after. Also, one of the songs (while excellently performed) felt a little shoehorned in.

I had an excellent time watching The Jungle Book. The movie was dazzling and the performances were excellent. I went in with high expectations and I left with a massive smile on my face. I look forward to Disney’s next live-action adaptation.