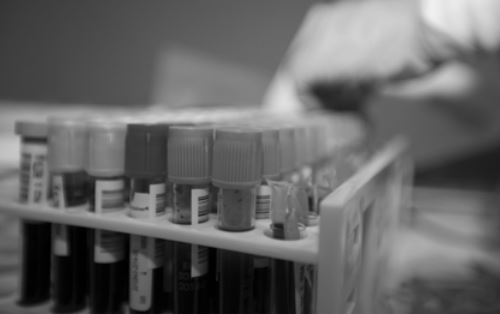 The Network Center for Applied Development at the University of British Columbia is asking everybody to consider donating blood regardless of his or her current acceptance rate at traditional clinics (Globe and Mail). Since the blood that is collected cannot be used for transfusion because of the increased risk it presents to recipients, the blood donations will go towards research.

According to the Public Health Agency of Canada, it is estimated that 15% of gay men in urban areas are HIV positive, rendering the threat very real in this community (Canadian Aids Society, 2015). Over the years, this has lead different countries to restrict sexually active gay men from blood donation. In July of 2013, a first step was taken as the Canadian Blood Services lifted the ban on men who have intercourse with men, making it possible for them to donate blood if they have been abstinent for the past five years (Branswell, May 2013). Dr. Goldman, medical director of donor and clinical services, affirms that the changes that this decision will cause will be closely monitored. The Network Center for Applied Development (netCAD), located at the University of British Columbia, offers another option for sexually active gay men who wish to donate blood.

Indeed, The Globe and Mail reports that the Point Grey campus is host to a Rainbow Clinic, which accepts donors that are usually refused at traditional clinics, to determine new tests to evaluate the quality of blood that is used in transfusions. Dr. Jason Acker, senior development scientist for the Canadian Blood Services, explains that blood’s properties can be affected by the collection and storage process. The clinic’s research could lead to new ways to determine the quality of blood that is administered to recipients. Dr. Acker gives intensive care patients as an example of people who might need a high quality blood to better their recovery.

This initiative in the blood donation world not only allows different groups access to new volunteer opportunities but could also help determine better legislature regarding who can give blood. Though the clinic is not currently researching new screening methods for diseases, its partnership with other university researchers or private practices in the field has not yet been taken off the table, according to associate medical director for the West Canadian Blood Services, Tanya Petaszko.

According to the World Health Organization, “Blood is the most precious gift that anyone can give to another person” (WHO, 2013). NetCAD has provided a non-restrictive space for people to participate in the effort by giving sexually active gay men, as well as people who have recent tattoos or piercings or who travel to countries with high percentages of blood-borne diseases the chance to participate in this global effort. Though a small one, this can certainly be qualified as a step in the right direction