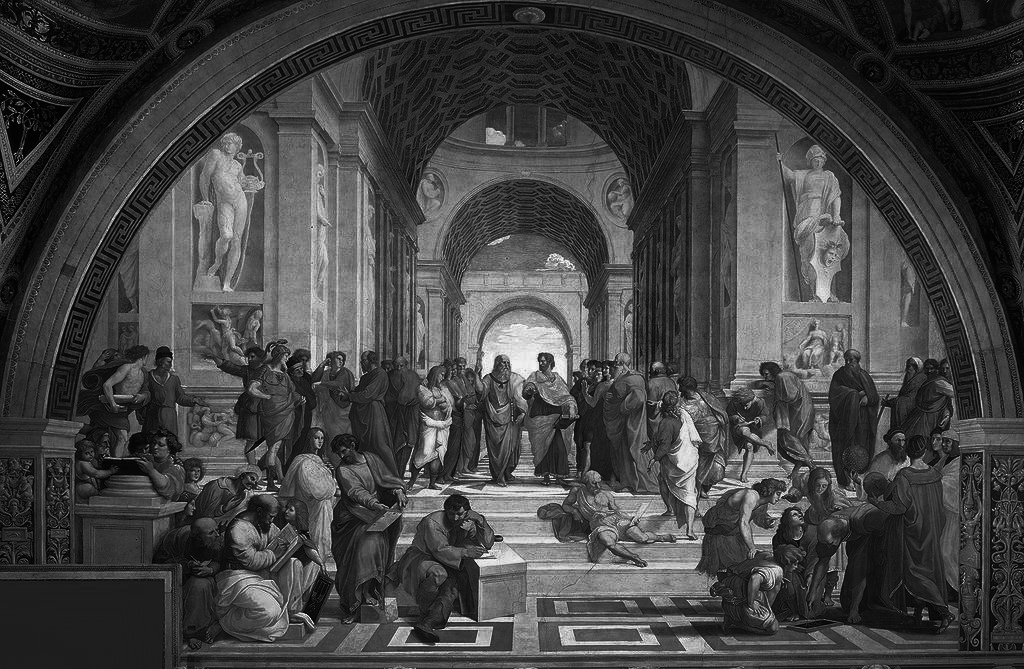 Western Society seems to have evolved into a completely individualistic society, to the point of having a narrow-minded perception on world affairs. We have become indifferent and unapologetic towards outsiders, but most importantly towards each other. That is why we have let global disasters underwhelm our consciousness, even though we have caused the most severe catastrophes and instigated the worst wars that the world has ever seen. Indeed, our indifference is our arrogance, but our arrogance is our demise. Don’t get me wrong, I am not critiquing you, the reader. In fact, I act the same; to us everything is but a screen away. It’s deplorable, and it is completely nauseating that we live this way, thus I believe we must awaken; not in a spiritual sense, but more so in a conscious way.

Every century is faced with ethical and social dilemmas. It is unavoidable, for civilization’s constraints are so. Yet only a few times has history ever been stagnant, or at least seems to have been. By stagnation, I mean the lack of progression or regression; it is obvious that we, as a society, or even as a planet, are constently active. Whenever we have been faced with such stagnation we have either evolved, or we have completely regressed. In my eyes, that is what history is: the continuum of regression and progression. Yet, one has to ask, why does it matter?

Let’s take, as an example, the last time Western society overcame stagnation: the Renaissance. From the late 14th century to the early 16th century, intellectualism shifted the preceding foundations of perception. By that, I mean the perception of every facet of the social livelihood. From around the 9th century to the 13th century, and perhaps earlier, Europe had no major intellectual progression, nor did it regress. However, Europe itself was extremely busy. The crusades and the development of proper empires show exactly how chaotic the continent was. So forth, the Renaissance dismantled the basis of European society, which was the concentration on divinity and the admiration for the divine, to an emphasized realization of humanness, which was termed humanism. This movement was the one that lead the explorers to the Americas; this movement provoked religious upheaval that shook Catholic authority and even contributed to our atheistic society. The movement gave rise to the sciences and disrupted feudalism to its core, which eventually lead to the Enlightenment and the French Revolution, thus modernity.

It is appropriate to say that the Renaissance impacted approximately the following four centuries, and from then on we drifted between advancement and relapse. My reasoning is that, after the Renaissance, intellectualism evolved into different facets, hopefully for the better. The intellectual movement created a curriculum that still exists today, i.e. the Liberal Arts. The intellectual progress which followed the Renaissance was able to create a brand new outlet of knowledge —the sciences—encompassing the later social sciences too. Not only did both evolve thoroughly throughout the following centuries, but they also became the intellectual authority, much like religion was. However, in becoming authority, intellectualism slowly started to stagnate.

If we were to investigate the pre-Renaissance stagnation, we would appreciate the parallel development of a facet of knowledge slowly becoming absolute authority: Christianity. The Middle Ages is often tainted with the title of the “Dark Ages”, yet it is intellectually irresponsible to believe that intellectual progress was non-existing at the time. I also believe that regression is just as much an intellectual activity as is progression, thus those who believe that the Middle Ages did not stimulate intellectual activity are deeply mistaken. Nonetheless, it is arguable that after Constantine the First’s decree on tolerance of Christianity, Europe’s fundamental intellectual authority, the common polytheistic view was completely dismantled. Furthermore, the Christian religion slowly but surely instituted itself so deeply in governance, that it survived even the fall of Rome as the main religious and political sovereign power. Up until the 9th century, this firm hold on authority was not in the Church’s possession, at least not entirely.

What then is the new intellectual authority instituted by the Renaissance? This is completely debatable, but like I mentioned earlier, the two new outlets of knowledge are what bloomed from the movement. They both, but one especially, gained full authority on any insight of intellectual power, thus also influencing political dogma; the sciences became the new authority. Sciences itself was sprouted from the Liberal Arts curriculum, hence its small but still existing influence on the intelligentsia. The sciences have engulfed every form of doctrine, except perhaps law, and have rendered the scientific method as status quo.

Science, nonetheless, like Christianity, took some time to become authority. First, it needed a philosophical basis, which was created at the same time as the Scientific Revolution; the post-Renaissance philosophers and the Enlightenment philosophers both exemplified the sciences as the right route. In the 19th century, the Romantics rejected Christianity entirely and gave science full authority, even to the point of shaping our understanding of our civilization in a scientific way, hence social sciences. However, herein lies our problem: something new became authority and stagnation was bound to happen again.

The 20th century is the century which first experienced this new stagnation. Many do not know this, but right now science is in conflict, which it has been since the very late 20th century. It appears, to my little knowledge on the subject, that the many theories now introduced, based on modern physics on the laws pertaining to our universe, and pertaining to the extent that we can know on our universe, are somewhat collapsing onto themselves. Many scientists are now arguing as to how we can pursue the sciences, mainly quantum physics. It seems that our authority of knowledge is collapsing, and we have now been avidly searching for an answer.

But this uncertainty has been echoed through every other field, whether it be anthropology with the lack of a missing link in our evolutionary spectrum, or even art studies with its inability to understand art as a whole concept. It is our job as human beings, now globally intertwined, to proliferate consciousness, and to proliferate an interest in knowledge, for we live in the most dangerous times yet. We have a limited supply of potable water that will last us very few years, breathable air is becoming rarer and rarer with time, and our atmosphere is ripping apart. The biggest threat of stagnation is this chaos that it brings, however, unlike our ancestors, we do not have the luxury of stagnation. We do not have the luxury of waiting for three centuries for we will all be dead.

Not only is our planet dying, but our geopolitics are deteriorating, and every social and political ideal produced after the Renaissance is failing us. Furthermore, we now have the power to kill each and every single one of us in these moments of chaos. The year 2016 has just begun; the threat of world war has never been greater and the global capitalist establishment is on the brink of collapsing, for the second time… This is not an opinion piece, this is an imploring letter to whomever is reading this. I urge you to apply yourself to enlightenment, to acquire knowledge, and to participate in the Great Conversation. Your life just so happens to depend on it.