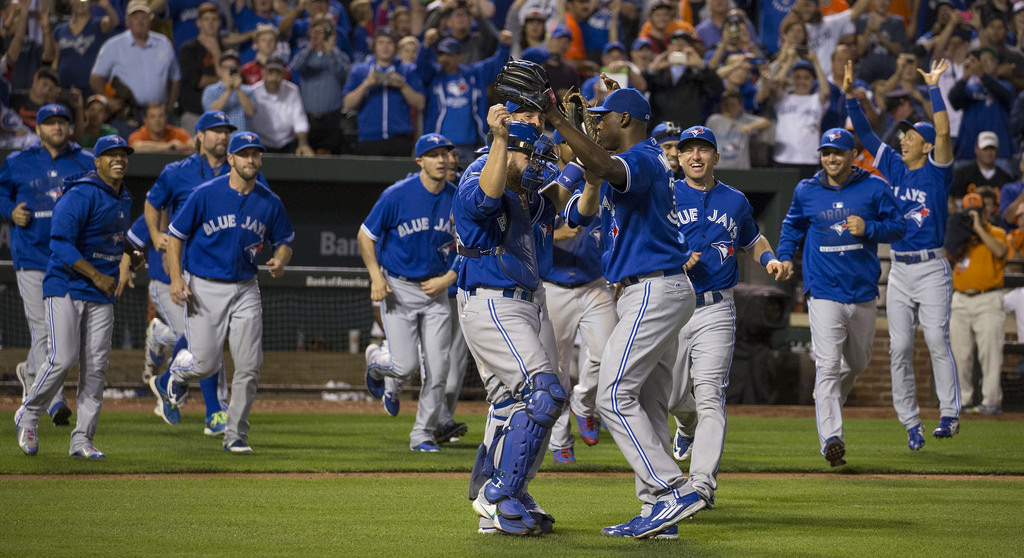 The Toronto Blue Jays returned to the postseason this year for the first time since their back to back World Series Championships (1992 and 1993). After ending the regular season with a record of 93-69, the Blue Jays went on to play the Texas Rangers in the American League Division Series (ALDS). Despite losing games 1 and 2, the Jays rallied back winning 3 straight ganes to earn themselves a spot in the American League Championship Series (ALCS) against the Kansas City Royals. The Royals defeated the New York Mets in 5 games to win the World Series for the first time since 1985.

The Blue Jays lost games 1 and 2, but after winning game 3 (11-8), Jays fans had hope of a comeback. The Jays would lose game 4 but win game 5 to send the series to game 6. The Royals took the early lead going up 2-0 in the first 2 innings, but the Blue Jays came back. After the top of the 8th, the Blue Jays had tied the game at 3-3. However, it was Lorenzo Cain who went down as the hero. After Eric Hosmer’s single, Cain ran from 1st base to home plate to win the game 4-3.

General manager Alex Anthopoulos will not return to the Blue Jays after rejecting a contract extension, but with the roster the Jays have, another postseason run is likely. Both David Price and Marco Estrada are free agents and if they leave, it will weaken the Jays defence, putting more pressure on 24-year-old Marcus Stroman. The Jays have Brett Cecil, Aaron Sanchez, Liam Hendriks and Roberto Osuna as relief pitchers. Osuna was almost unbeatable in the postseason and at 20 years old has a lot of potential.

In 2014, Russell Martin signed a five year contract with the Blue Jays, making them strong behind home plate. As a Canadian, Martin has more motivation to succeed with Canada’s team. Chris Colabello, Ryan Goins, Troy Tulowitski, Josh Donaldson and Edwin Encarnacion form the Jays infield. Tulowitski was acquired from the Colorado Rockies this season and made an immediate impact for the Jays. He hit the three-run home run to give the Jays the 5-0 lead in game 3 of the ALDS. Josh Donaldson made his Jays debut this season after being acquired from the Oakland A’s and he has become the Jays biggest offensive threat. He won the Hank Aaron Award as the most outstanding offensive player in the American League. Encarnacion is the designated hitter for the Jays. His talents are elite and he is a crucial part of the Jays offense. Devon Travis will also be healthy next season and compete with Goins for 2nd base.

With Kevin Pillar, Jose Bautista and Ben Revere, the Jays are strongest in the outfield. Pillar maybe the weakest link of the 3, but he’s a solid player who can contribute on offense and defense. Bautista has a reputation of being an injury prone player, but this season he only suffered minor injuries. When Bautista is healthy, the Jays are a real threat out of the American League. Finally, with Ben Revere at bat, anything is possible. Revere is one of the best offensive weapons in the Jays arsenal and one of the many reasons why the Jays are a playoff contending team.