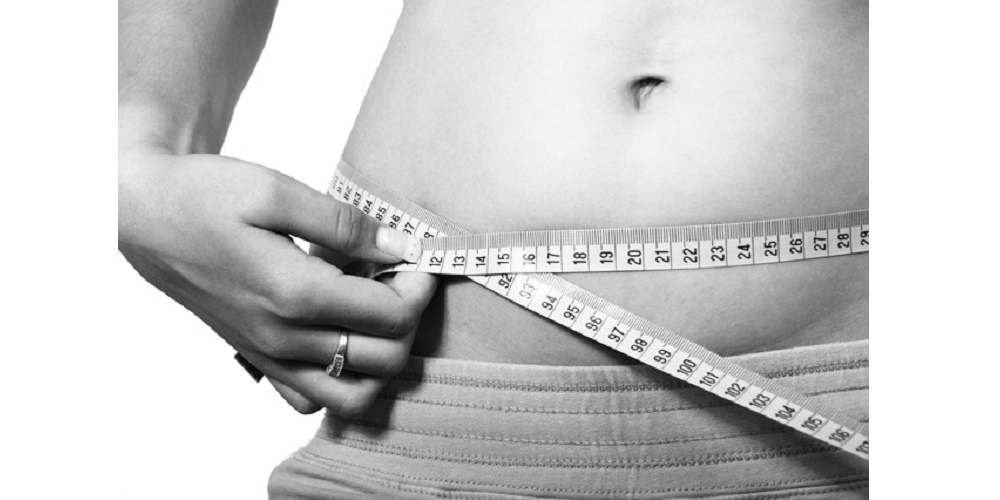 I was seated in the darkened auditorium. The pink lights flickered and settled on the sequined costumes of the anxious dancers. A dozen long, thin shadows were cast upon the stage floor.

I marveled at the optical phenomenon.

No, I was not indulging in my high school physics teacher’s boring lecture on introductory optics and shadows. What I was fascinated by was the way in which light could so easily and harmlessly metamorphose the image of the human body. In the silhouettes it generated, the light naturally thinned and elongated the dancers’ shapes. I thought to myself: light makes bodily transformation look so goddamn easy.

But anyone who has ever sought to physically change their body knows that it is actually an extremely taxing feat. It is a process that in all too many unfortunate cases evolves to an extent so extreme that it teeters on the periphery of self-mutilation.

Why? Because when we are trying to change our bodies, we are opposing science; we are essentially fighting our biology, our genetics. That is why it is so dangerous. When we are dieting, we are gambling. Money’s not at stake though, something much more valuable is – our health. I’ve digressed. Back to the concert.

The light intensity increased, illuminating the slender figures of the dancers. They had begun their routine. I was completely overlooking the excellence of their perfectly fluid, coordinated movement.

I was examining their bodies. Clad in skin-tight costumes so minimalist that the near entirety of their bodies was exposed, I was perfectly able to compare my own body to theirs. I felt my gaze fixate on their small, narrow waists and thigh-gaps. Then I caught myself. What the heck was I doing? There I was, at my younger sister’s dance recital, neglecting their mastery of the art of dance, of a year’s worth of preparation and practice, as I dazed off in a trance of self-comparison. What’s worse is that I am fully aware of how unhealthy it is to compare my body to others. Time has allowed me to accept and understand that my body is my body – I am really quite unable to change it without harming myself.

But this self-comparison was subconscious. Why? Because sadly we’ve been raised in a culture of comparison.

Our society is constructed around comparison. It’s how we determine hierarchy. Your ability to secure a job depends on the strength of the other prospective employees.

Students are compared in order to determine who is granted admittance into competitive academic programs. Consider the CEGEP system’s means of evaluating students by use of the R Score instead of a percentile for example. Your value as a student is conditional on the failure or success of your peers. Self-comparison is therefore the means by which we gauge our viability, by which we attempt to build identity and self-esteem. Unfortunately, this fixation with comparison extends to the world of appearance and body image – and this is a huge problem.

Why? Because we’re not all built with the same physiology; we cannot possibly all achieve the same stature – the paragon of bodily perfection we see promulgated in the media. Despite how ridiculous it may seem to be comparing our bodies to one another, given the impossibility of changing our genetics, we still do it. How can we protect ourselves against the unhealthy consequence of our tendency to compare as it relates to body image? Maybe we just have to be aware of it and monitor our thoughts so that we are able to circumvent negative self-talk’s invasion of our psyche.

To combat the media’s negative influence on body image, organizations have fought hard to disclose the dangerously low BMI of models and the Photoshop techniques employed to alter their appearances. Their hope was that consumers stop comparing themselves. This seems to be working. We’re thinking: Those bodies are contrived. They’re unattainable. Why bother trying to conform to their template? Sadly, we haven’t stopped self-comparison all together.

Now we’re comparing ourselves to our peers. Perhaps it’s because it feels like a more “realistic” goal. Their bodies aren’t airbrushed. So they’re attainable right? Wrong. Again, genetically, we’re all built differently. Despite this reality, we still compare, as is natural in our hyper-competitive society.

In a high school, I led a discussion in a classroom of eighth grade girls. They were quite frank about the pressure they felt to compete with each other in the realm of appearance. One of the girls described how her self-esteem plummeted to a new low each time she climbed the stairs to her third floor classroom. Crammed like cattle into the over-crowded staircase, everyone is forced to move very slowly. As she made the slow ascent to her French class, she would stare at and inspect the dozens of exposed legs fitted in sheer nylon tights that poked out from the short rolled skirts of the girls standing on the steps above her. She was engrossed in self-comparison. How am I able to describe this image so vividly? Because it’s something I did too. Regrettably, it’s likely something that many schoolgirls do.

We cannot forget to acknowledge the most prolific grounds for self-comparison to peers: social media. Consider Facebook for example.

It evolved from Facemash, a site that enabled college students to rate their peers according to their attractiveness. It was literally created to tend to the human need to compare. Though Facebook has developed far beyond Facemash, to be used primarily as a communication tool, it is inevitable that users will compare themselves to their cyber-mates.

A lot of us drown in selfcritical thoughts as we scroll through our friends’ pictures. It’s worth noting that the pictures people post of themselves are ones that feature them in their best light – making it even harder to “measure up”. Flagrant examples of the comparison culture in the social networking world are the “Most Beautiful Teen” and “Hottest babe” type of contests. There, Facebook users post pictures of themselves so that they may be judged and compared to other willing participants. It may sound trite, but we are who we are. Accepting and eventually appreciating this is way less painful and destructive than pursuing serious change. When it comes to our bodies, we need to resist our inclination to compare.