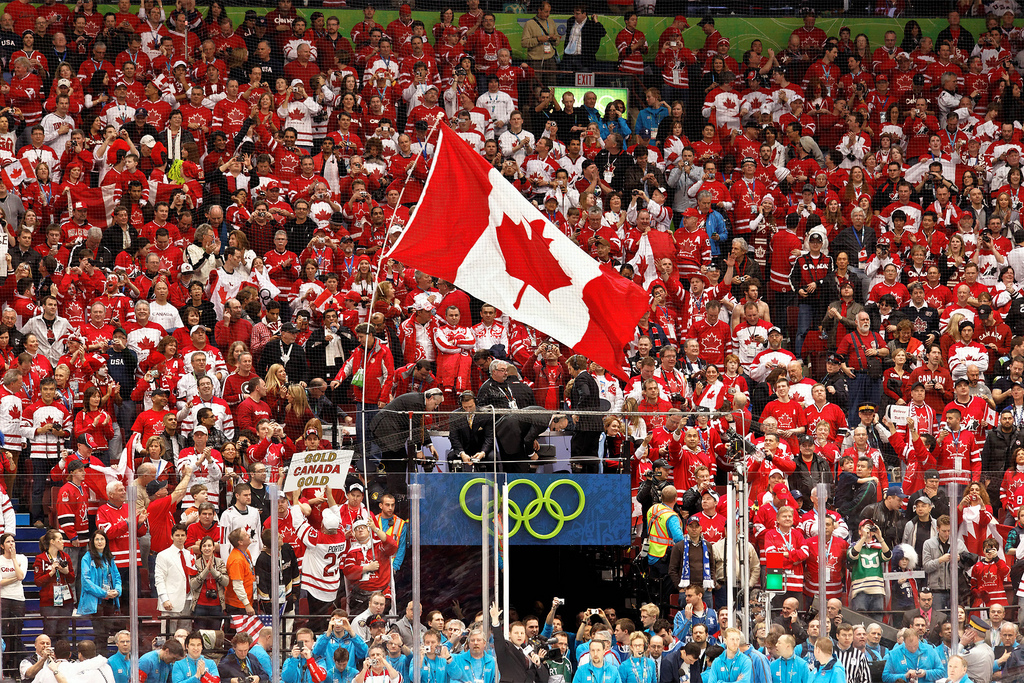 With the help of new events being added to the Olympics, Canada was able to surpass their previous high of 26 medals from Vancouver, finishing with 29 medals which includes 11 gold, 8 silver and 10 bronze.

The first medal of the second half came from Alex BeaulieuMarchand. ABM, as they call him, was able to claim the bronze medal in the men’s ski slopestyle which is also a first ever medal for Canada in the event.

Canada’s last gold medal in the two-man Bobsleigh came during the 1998 Olympics in Nagano when Canada and Italy tied for the gold. Twenty years later, Canada’s duo of Justin Kripps and Alex Kopacz won gold for Canada as they tied with the German duo of Francesco Friedrich and Thorsten Margis with a final time of 3:19.86. Kripps, who was also piloting the top Canadian sled for the four-man event, finished off the podium. For the women, Kaillie Humphries had her eyes set on a threepeat with a new partner in track athlete Phylicia George. The duo would go on to win bronze.

In terms of Short Track, first time Olympian Kim Boutin added a third medal to her young career claiming the silver medal in the 1,000m. Boutin was also chosen to be Canada’s flag Bearer for the Closing ceremony. In the ladies 3,000m relay, things did not go according to plan for anyone. Canada was in perfect position for a medal when a South Korean skater fell after completing a transfer, taking out the Canadian team. Upon review, many assumed the Canadians would be on the podium. Instead they received a penalty during one of the previous transfers along with China. The South Koreans ended up on top of the podium along with the Italians in second while the Dutch, who won the B-final, were promoted to third. In the men’s 5000m relay, Canada had better luck as they were able to capture the bronze medal.

In her Olympic debut, the freestyle skier Cassie Sharpe was able to win gold. She qualified first for the final. She was untouchable all the way through, as her gold medal winning score was an outstanding 95.80.

Sebastien Toutant, who saw his teammates Max Parrot and Mark McMorris come second and third in the men’s Snowboard Slopestyle, claimed gold in the men’s Big Air. McMorris and Parrot failed to be on the podium.

Over to the ski equivalent of Big Air: Aerials. Olivier Rochon was in podium position the entire way. However, during the final run, he failed to land, costing him a spot on the podium.

Canada failed to medal in Snowboard Cross on both the men’s and women’s side. Chris Robanske was the top Canadian male finishing in the 12th spot. The women’s side showed potential as a younger team was on display as Maëlle Ricker and Dominique Maltais were not at the games.

Team Canada did better in Ski Cross. Brady Leman, coming off a fourth place finish in Sochi, won gold this time while teammate Kevin Drury crashed and did not finish the race. On the women’s side, after coming first and second in Sochi, Marielle Thompson and Kelsey Serwa were looking to be back on the podium. Unfortunately for Thompson, who recovered from injury just prior to the Olympics, was not able to defend her gold medal title as she crashed early in the event. Canada still finished in the top 2. Serwa was able to win gold this time, while former Alpine skier Britany Phelan got silver.

Canada is known to have a deep roster when it comes to curling on both the men’s and the women’s side. It found success in the Mixed Doubles portion, but not in the standard event. Kevin Koe and Rachel Homan won the right to represent Canada at this Olympics. Kevin Koe and his team came out strong but struggled later on. After losing the in the semi final, Koe had to focus on the bronze. In the end. Koe finished in the fourth spot. Homan and her team did not do any better. After losing the first three matches, the team failed to qualify for the playoff round.

Many had hopes that Alex Harvey would be able to bring home a medal for Canada in a Cross-Country Skiing event. In the men’s 50 km Mass Start Classic, he was edged off the podium by 0.06 seconds, resulting in a fourth place finish.

Everyone knows that Ice Hockey is Canada’s sport and that we are tough to beat. On the women’s side, it was a classic Canada-USA gold medal game. Canada won the preliminary round game against the rival Americans and the last 4 gold medals in the last winter Olympics. Canada, looking to make history by going for their fifth in a row, held a 2-1 lead into the third. Team USA would eventually tie it up in what turned out to be an amazing game that even Netflix Canada turned to twitter to say “I don’t know much about sports but I do know that if you’re watching Netflix tonight instead of the Women’s Hockey Final you’re not doing “being a Canadian” right.” The game went on to be decided in a shootout, much to the displeasure of the many people who believe that shootouts do not belong in a gold medal game. Team USA eventually took it in a shootout by a score of 3-2.

The male counterparts were competing with no NHL players. After suffering a disappointing loss to the Germans, the Canadians won the bronze medal 6-4 over the Czechs.

Ladies Figure Skating was the last of the figure skating events. Kaetlyn Osmond put on an exceptional performance on route to a bronze medal.

Prior to that, in their final Olympics, Figure Skaters Tessa Virtue and Scott Moir took to the ice one last time in the Ice Dance competition. The Canadian icons captured the gold medal and had the internet buzzing after their performance.