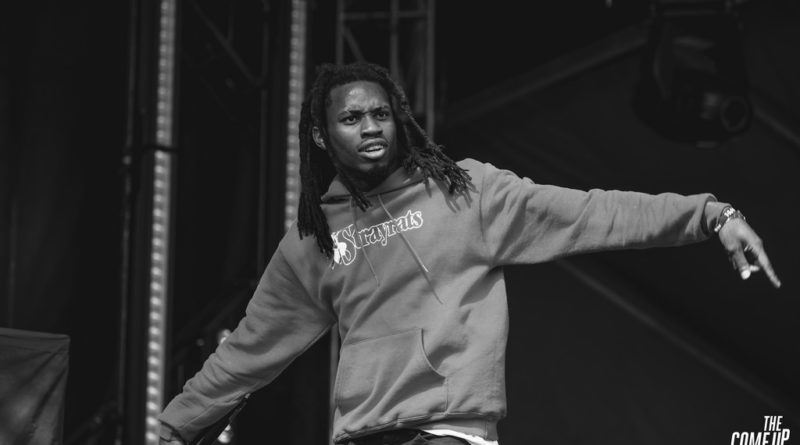 We are the nation of ULT

When it comes to rappers currently in the game, my definite favorite has to be Denzel Curry. He is not even 25 yet, and has provided some of the most thought-provoking trap bangers to ever grace my eardrums. I find myself constantly blown away by his output and I feel he constantly outdoes himself with every new project. I remember listening to his first mixtapes and being thoroughly impressed with them. This feeling was upped drastically by his debut album “Imperial,” and his EP “13.” His latest full length album “Ta13oo” (pronounced Taboo) may very well be his absolute best work yet in my opinion. The album features a newly sober and straight edge Denzel Curry laying down his innermost darkest thoughts and feelings, and expressing them in such a laser focused way. The album from head to toe is incredible and I highly recommend it.
On October 7th, 2018, fans were lining up outside L’Astral theatre in anticipation for the Denzel Curry concert. People were ready to party and ready to mosh. There was a look in their eyes that they were prepared for what was to come. The venue filled in very quickly before the opening act began. The opener was a Vietnamese rapper named Kid Trunks. Although his set was short, he really left an impression on the audience, especailly when he went up to the balcony and dangled upside down while still rapping. It was a dangerous stunt, but he pulled it off and kept on going. He delivered banger after banger, and even performed a very personal tribute to his friend, the late XXXTentacion. Regardless of my thoughts on the late rapper, the tribute was extremely personal and heartfelt, and I could really tell he missed his friend.
Next up, it was time for the main event. Denzel Curry took the stage, and for the entirety of his performance, he never lowered the energy level. He brought his signature bangers with brains. It was a real pleasure to see him belt out all of his inner pain, while still being able to keep the audience going. Mosh pits would constantly open up and close, which may have been overwhelming for some. As for me, it really kept my adrenaline pumping. L’Astral is a tiny venue, and the sheer size of the crowd really proved that.
Denzel performed a variety of tracks spanning his entire career, and no matter what song was performed, a large number of people in the crowd would sing along with him. It was an incredible experience.
This was the third time I have been able to see Denzel perform, and he constantly outdoes himself every time. I have no doubt in my mind that he will one day be considered one of the greats in hip-hop. I feel he is already there, but I think he still has many surprises for us under his sleeve for years to come.