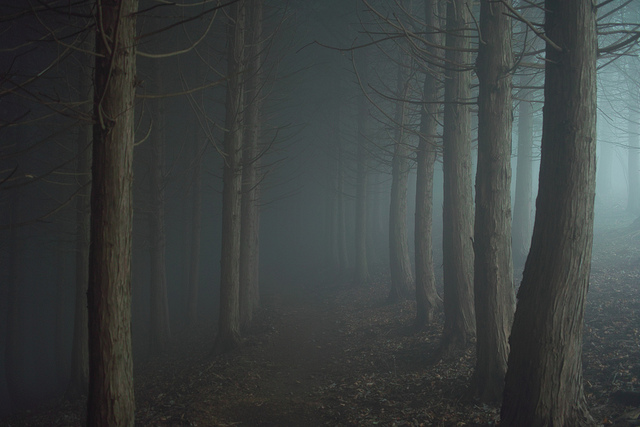 There ‘neath the street lamp the small boy ran, his short hair gleaming blond under the warm lights above. His name was Arthur and his sword was red, a deadly blade that his mother had mistakenly used to sweep the floors of his castle. His cape was dirty and blue, picking up dirt as it dragged across the ground. He bore the armour of a true warrior and his heart was brave.

The boy had embarked on a quest of his own, leaving his family and riches behind. Dusk was settling and there was no familiar landmark in sight. The poor boy was lost. No matter, for it is within a quest’s nature to get lost. Right?  His path remained unknown.

In the distance he saw hope: a dark figure standing in front of an even darker building. Was it friend or foe? The boy did not care, for both were a sign of progress. He ran and ran until the figure grew to become a tall man with wrinkles on his face and weariness in his eyes. He wore a long robe with a hood over his head to hide his baldness and he was holding two strange instruments in his hands that took his attention away from the boy.

On his right, a thin white stick with a brown hilt. A small wand perhaps? On his left, a black rectangle with a hole and a metal circle on the top. What kind of sorcery is this? The man raised both instruments to his face and clicked the rectangle on his left, which conjured flames the likes of which Arthur had never seen. It was a sorcerer!

The flames then consumed the end of his wand until it let off smoke. The boy then watched in awe as the sorcerer exhaled smoke from his own mouth and put away the rectangle.

“Are you a dragon?” The boy asked, not sure if he would prefer facing a sorcerer or a dragon in disguise.
The man simply glanced at him and shook his head.

“You don’t want to be a dragon.” He said. “They’re greedy and lonely. They have all the gold in the world and they spend their lives guarding it in their mountains instead of spreading their wings. Go home.”

The mighty Arthur was about to offer a response when he heard a familiar cry from behind.

It was his mother, the Queen. The quest was over; it was time to go home.