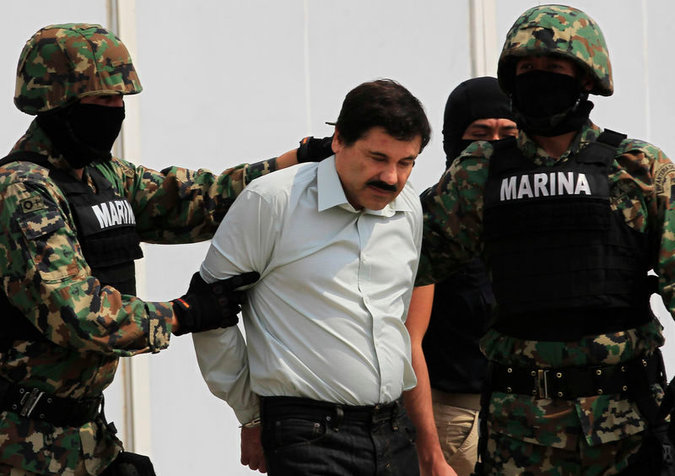 The most powerful drug lord in all of the Americas was caught and lost again. He was caught for the last time in February 2014 and escaped on July 11th 2015, two weeks after the DEA had made a request to incarcerate him on American Soil.

Joaquín “El Chapo” Guzmàn, head of the Sinaloa Cartel, is a notorious criminal and element of pop culture. “El Chapo” masks are the latest Halloween trend. Reporter Juan Diego Quesada reports that El Chapo was 16 when he started planting poppy seeds and marijuana in his home region of Sinaloa. He has been using its treacherous terrain, his connections and his influence to his advantage onto his sixties.

In August the DEA’s request for keeping Joaquin El Chapo Guzmàn in an American jail was treated and accepted. However, the judge responsible keeps the right to decide when. He says he’ll hand Guzmàn over as soon as the criminal’s 300 to 400 year sentence is served.

Help in finding Joaquin, however, is more than welcome. DEA director Chuck Rosenberg’s theory is that the violent criminal is hiding in his home region where he can count on shelter, perilous terrain to hide in and on his supporters.

The blame game has begun and as recurring reporter Juan Diego Quesada explained, the government is the prime suspect in the public’s eye.

Now, El Chapo’s fate is most uncertain. The DEA and the mexican marines are closing in, but his exact whereabouts are still unknown. Is this the end for the latest “druglord legend”?