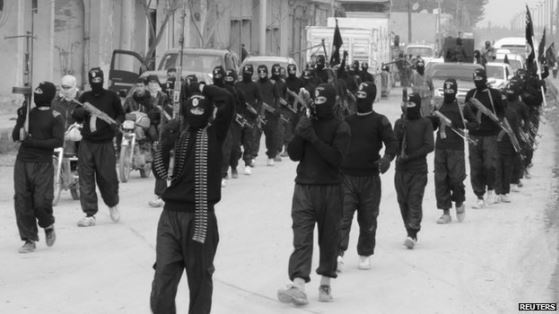 The differences between the Islamic State (IS) and what could be considered to be the rest of the world has weighed on the international community’s shoulders for nearly ten years since the declaration of the IS in Iraq in 2006 which emerged out of the terrorist group Al Qaeda (CNN). The group has since evolved from the Islamic State in Iraq, adding to its name “and Syria” as well as unilaterally declaring a Caliphate that spreads through Syria and Iraq aided by social instability in the region (The Atlantic, CNN).

More recently, western nations are troubled by the fact that an increasing number of their citizens are leaving to join the Islamic State and live under Sharia Law. Just this week, three men, two 17-year-old boys, and one 19-year-old man left Britain, flew to Barcelona, and then to Istanbul (CTV, Globe and Mail). They were detained in Istanbul and deported back to London based on suspicions that they were trying to join the Islamic State (CTV, Globe and Mail). British intelligence officers initially only knew about the two 17-year-olds, but communications with Istanbul and airport security allowed them to identify the third man as well as ensure their deportation to London (CTV).

This happened not long after three British schoolgirls left the UK, eluding intelligence and security forces, to join Islamic State militants last month (CTV). It is estimated that 600 to 700 individuals have left Britain to join the self-declared caliphate in Iraq and Syria in addition to any number in the hundreds from the rest of the European Union (Globe and Mail, CTV). Foreign militants have used Turkey’s porous border to enter the territory controlled by the IS with the aid of spies (Globe and Mail, CNN).

However, the problem is not limited to the EU. Seven young Quebecers from Montreal and Laval have reportedly left the country to join with forces in Syria. The young people are reported to all have been connected to the seventh individual to have been declared missing. The student at Collège de Maisonneuve had been taking two classes at an Islamic Center that rented space at the college. The space-rental contract was suspended last month when it was discovered that one of the students had left for Turkey. In response, Mayor Denis Coderre has announced a centre aimed at preventing “violent radicalization” (CBC).

One of the most surprising responses may be that of the Vatican. Reputed for opposing violent measures, the Archbishop Silvano Tomasi, the Vatican’s top diplomat at the UN in Geneva, claims that “what’s needed is a co-ordinated and well-thought-out coalition to do everything possible to achieve a political settlement without violence. But if that’s not possible, then the use of force will be necessary.” He has said that all minority groups that are targets of IS attacks must be protected, not just Christians (BBC).

Meanwhile, last week, news anchor Rima Karaki of Al Jadeed TV Lebanon, ended a segment with Islamic scholar Hani alSeba’I after being told to stop interrupting him and being called names. The anchor had been asking about whether or not the IS was using specific slogans to attract Christians (Huffington Post, Global News).

The IS has also gone on a rampage of cultural destruction throughout its territory. In Iraq, it has ransacked the Mosul Museum and its Libraries, the Hatra UNESCO world heritage site, an ancient kingdom on the border of the Roman Empire, Nineveh, Nimrud, and Khorsabad, ancient Assyrian capital cities, the mosque of the prophet Yunus, and the Imam Dur Mausoleum. In Syria, the following sites have been destroyed: Apamea (a Roman-era trading city), Dura-Europos (one of the Romans most distant outposts), and Mari, a city from the Bronze Age (National Geographic).