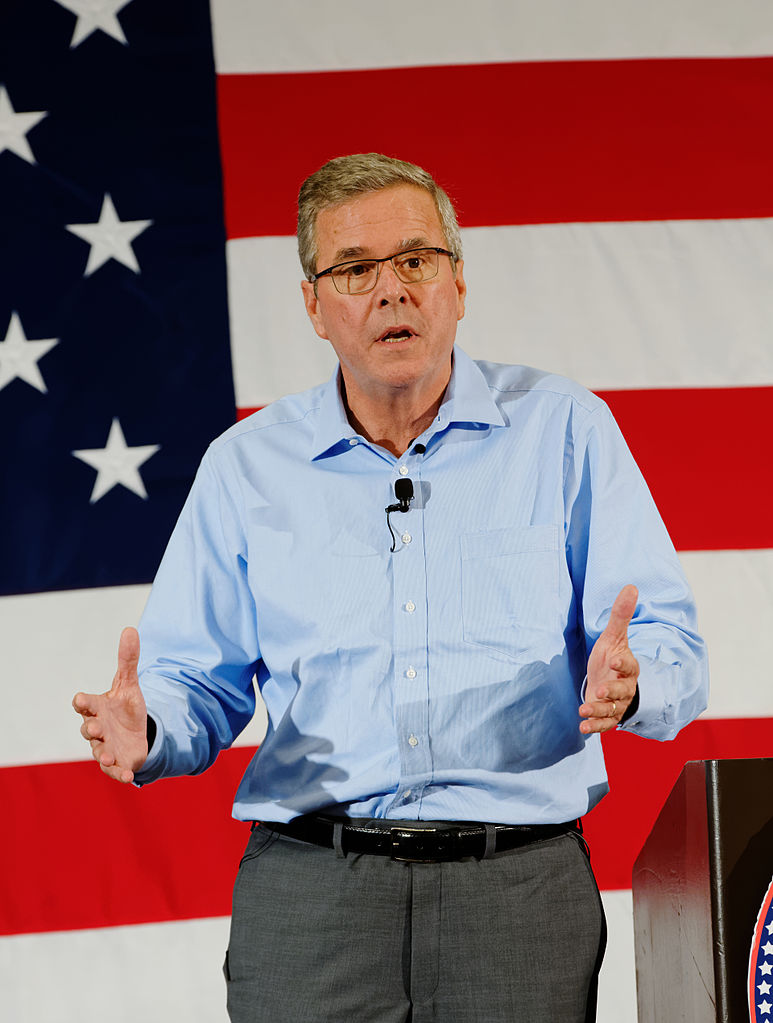 Haunted by his last name and the history that lies behind it, Jeb Bush was constantly the laughing stock of the 2016 presidential race.

In South Carolina on Saturday, February 20th, 2016, Bush announced his suspension and realized that the country is not interested in another president under the Bush name. Bush, who turned 63 recently, kicked off his candidacy as the lead man in a crowded field of candidates.

Bush decided that he should shift the history of the Bush name and decided to put more focus on recording his new mixtape called “To Beg an Audience”. On Twitter, he claims to have already recorded three songs titled “Please Clap”, “Sorry Mom (Trump Called Me Weak)”, and “No Seriously Please Clap (ft. Fall Out Boy)”. Bush made sure that his album was influenced by Kendrick Lamar’s “To Pimp a Butterfly”, because, according to Jeb, “Kendrick is the driving force of the rap game, and I wanna go head to head with him”.

He has also announced that he would feature rappers like Kanye West, Young Thug, and rapper group N.W.A. in some of his songs.

I don’t know about you, but this is an album that will make you want to beg your friends to buy. Seriously… Please buy it, it’s to support him and his family…