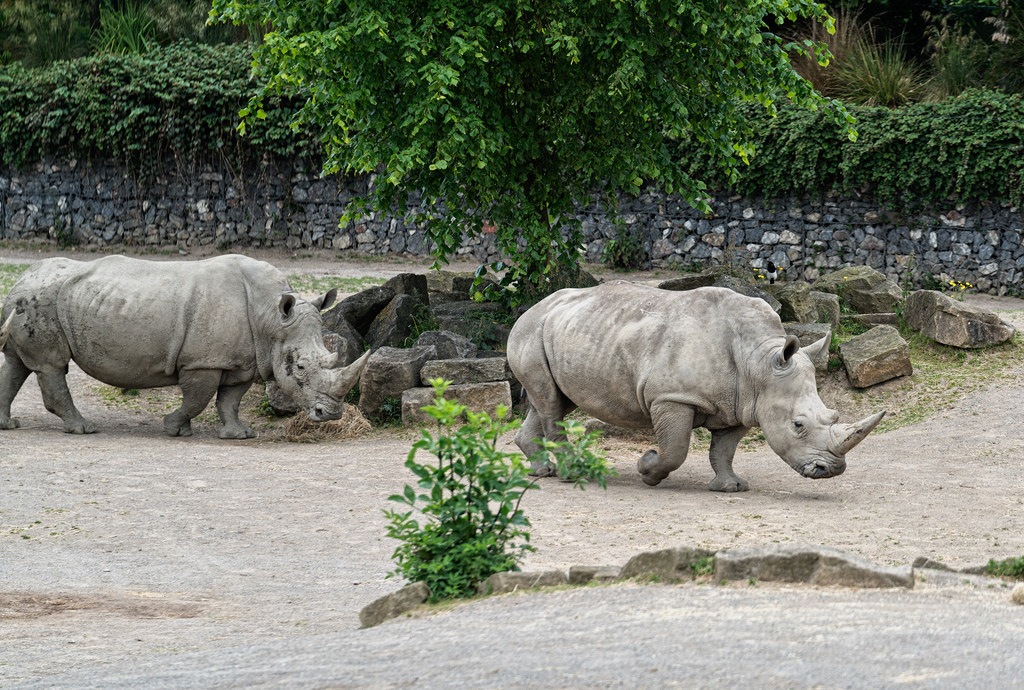 On March 19th, the last male northern white rhino, Sudan, passed away at Ol Pejeta Conservancy in Kenya. Sudan had been suffering from degenerative bone and muscle changes. Combined with considerable skin wounds, those age-related changes were causing the rhino considerable pain in his last day of life. To relieve him, the veterinarians at the conservancy put Sudan to sleep.

Sudan’s story will always be one of resilience. The rhino was captured at the age of 2 and taken to a zoo in Czechoslovakia, where he spent the next 34 years of his life. In Africa, the poaching crisis had taken its toll on the rhinoceroses. By 1984, only 15 individuals were left in an area of the Democratic Republic of Congo called Garamba. Efforts were put in place to protect the fragile population. However, after a brief period of apparent recovery, the whole northern white rhino population of 31 individuals had all but disappeared by 2008. Seeing the urgency of the situation, Sudan and three other rhinos were brought back to Ol Pejeta in the hope that living in their natural environment might encourage breeding. That never happened. The second male, Suni, died of a heart attack in 2014. Breeding attempts with the two females Naijin and Fatu failed and soon Sudan became too old to mate. Now, only Naijin and Fatu remain of the species we hunted to the brink of extinction. They are the last of their kind.

At this moment, the hope researchers have to save Sudan’s species is to have Naijin and Fatu procreate through in vitro fertilization. The scientists have already collected sperm from the now dead male rhinos. The hope is that soon Naijin, Fatu and some closely Source: Flickr related southern white rhino females will have calves of their own and generate a new generation of northern white rhinos. An account was created for Sudan on the Tinder dating app to raise money for the IVF procedure, which could cost up to ten million dollars. His account brought him thousands of fans that will now be mourning his death.

The story of Sudan has served as a warning that we are having too great and terrible an impact on the ecosystems that surround us. This woe should serve us as a lesson as we think about many other species that are vulnerable or at a risk of extinction. Sudan was 45 years of age, 90 in human years.