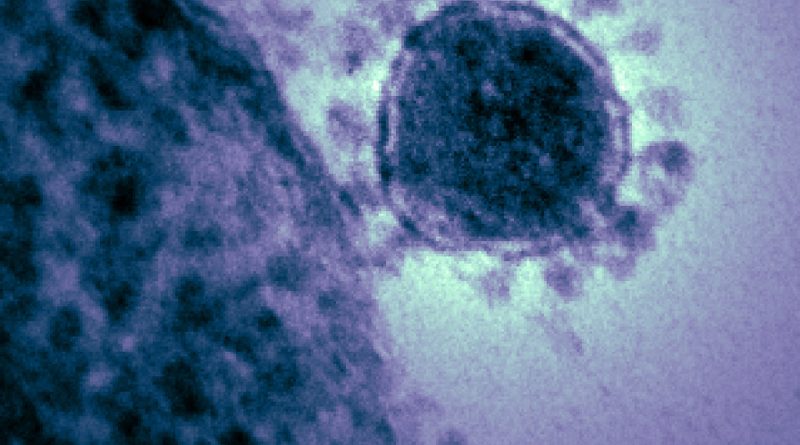 On December 31st, the World Health Organization (WHO) received the first report of a new virus that was infecting hundreds of Chinese citizens with a pneumonia-like illness. This was the beginning of what is now called 2019-nCoV.

This coronavirus seems to have originated from the Huanan Seafood Wholesale Market in Wuhan, a city about 1050 kilometres south of Beijing with over 11 million people. The market was shut down January 1st, however whether the emergence of the virus is from an animal species has yet to be confirmed, like SARS and MERS had.

Coronaviruses are part of a family named Coronaviridae, they appear under an electron microscope with multiple spiked rings and are named for them. Their spikes form a halo around their viral envelope. With the help of their spikes, they bind themselves to the cells and insert themselves into the cell.

The coronavirus, like all viruses, are not living organisms, they contain a strand of RNA that they replicate by going inside a living cell and essentially “hijacks” its mechanisms. This specific virus reproduces through the lytic cycle. The infected cell is now producing more viruses as the virus triggers the cell to explode transmitting the viral DNA further. And the cycle repeats itself infecting other cells.

Coronaviruses are found in animals, mutations allow them to jump from animals to humans. This coronavirus is very similar to SARS (severe acute respiratory syndrome) and MERS (Middle East respiratory syndrome), both in the Coronaviridae family as well, their symptoms include fever, respiratory illness, and inflammation in the lungs. SARS showed up in the early 2000s, infecting over 8000 people and killing 800 of them, MERS appeared in the early 2010s, 2500 people were infected and 850 deaths occurred.

Thus far, as of Sunday night, there have been almost 3000 confirmed cases, 6000 still under review, and about 80 people have died. However, there have also been 51 cured cases. The infections have been confirmed to be in South Korea, Japan, Nepal, Thailand, Singapore, Vietnam, Taiwan, Australia, Malaysia, France, United States, and a presumptive case in Canada.

2019-nCoV is confirmed to be a new virus, Chinese scientists isolated its genetic code and was able to unravel it from patients infected by the virus. The genetic code showed an 80% similarity to the SARS coronavirus. The SARS virus held a short incubation period of two to seven days, whereas symptoms of 2019-nCoV may take up to 14 days to appear.

Chinese authorities have already canceled all official celebrations for Chinese New Year and extended the school breaks. Beijing’s Forbidden City and Shanghai’s Disneyland have been closed indefinitely as well to minimize the propagation of the disease. The virus has been confirmed to travel from human-to-human as the Chinese authorities have found health workers now infected by the disease.

While WHO declared it too early for a declaration of public health emergency, scientists are working hard studying the disease and finding a way to combat it. The US National Institutes of Health are working on a vaccine but it is estimated a year or a bit more from its release.

Although SARS infected and killed many, there was no vaccine developed. It was the cooperation of the nations, effective communication and a range of tools, that helped contain and isolate the virus until it mostly disappeared.

With many scientists in every nation, health organizations and WHO working together, tracking and isolating the disease, experts predict 2019-nCoV to be controlled shortly.

One thought on “The Coronavirus”