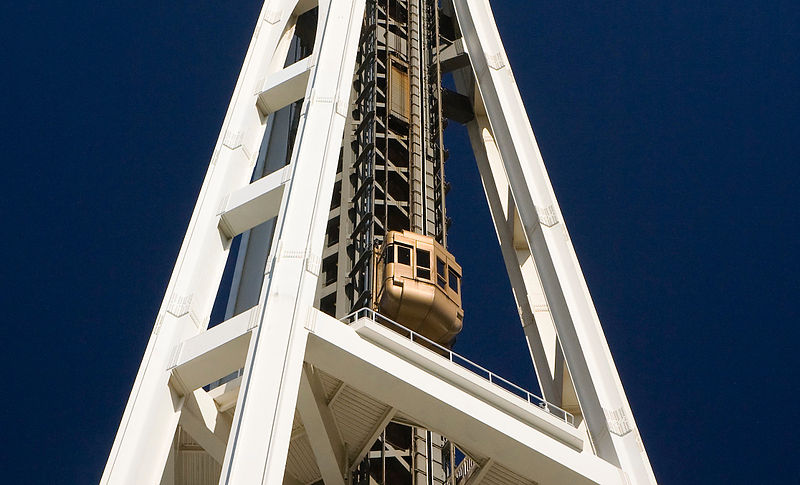 Imagine a tower so tall and so strong it reaches the stratosphere, satellites launch from it, and tourists can see the curve of their planet with their own eyes. This image may soon leave the realm of science fiction and become reality, thanks to Ontario company Thoth Technologies. The world’s tallest structure is currently the Burj Khalifa in Dubai. Thoth Technologies hopes to build a 1.5-kilometre-tall tower within five years and a 15-kilometre-tall one in the next ten years, possibly reaching 20 kilometres above sea level by building on a very high mountain.

The tower would be made of kevlar cells, arranged in rings, stacked on top of each other, and inflated with hydrogen or helium at very high pressure. An elevator would be installed inside to carry satellites, equipment, perhaps even astronauts. A launch pad on the top of this very high structure could save fuel and rocket parts; the company estimates a launch pad 20 kilometres above sea level could cut fuel consumption by a third and eliminate the need for one layer of expendable rockets.

Obviously, building a tower of this magnitude brings a few challenges. In order to resist winds and all sorts of weather, the tower will contain a mechanism that will actively counter any movement of the tower.

The cost of such a tower is also quite large (approximately 5 billion dollars for the 15-kilometre-high tower), so the company will try to partner with other companies interested in their idea.

Finally, the elevator poses another problem: a standard elevator cable would be too heavy to carry itself over a few kilometres. One solution would be to find a stronger, lighter material to make the cables, but it is often difficult to make cables out of these materials and the same problem would occur eventually as the tower grows higher and higher. The solution the company has decided to adopt is a different kind of elevator, with a “claw” that would grab the outside of the tower and wheels under it that would allow the elevator to spin around the tower to go up or down.