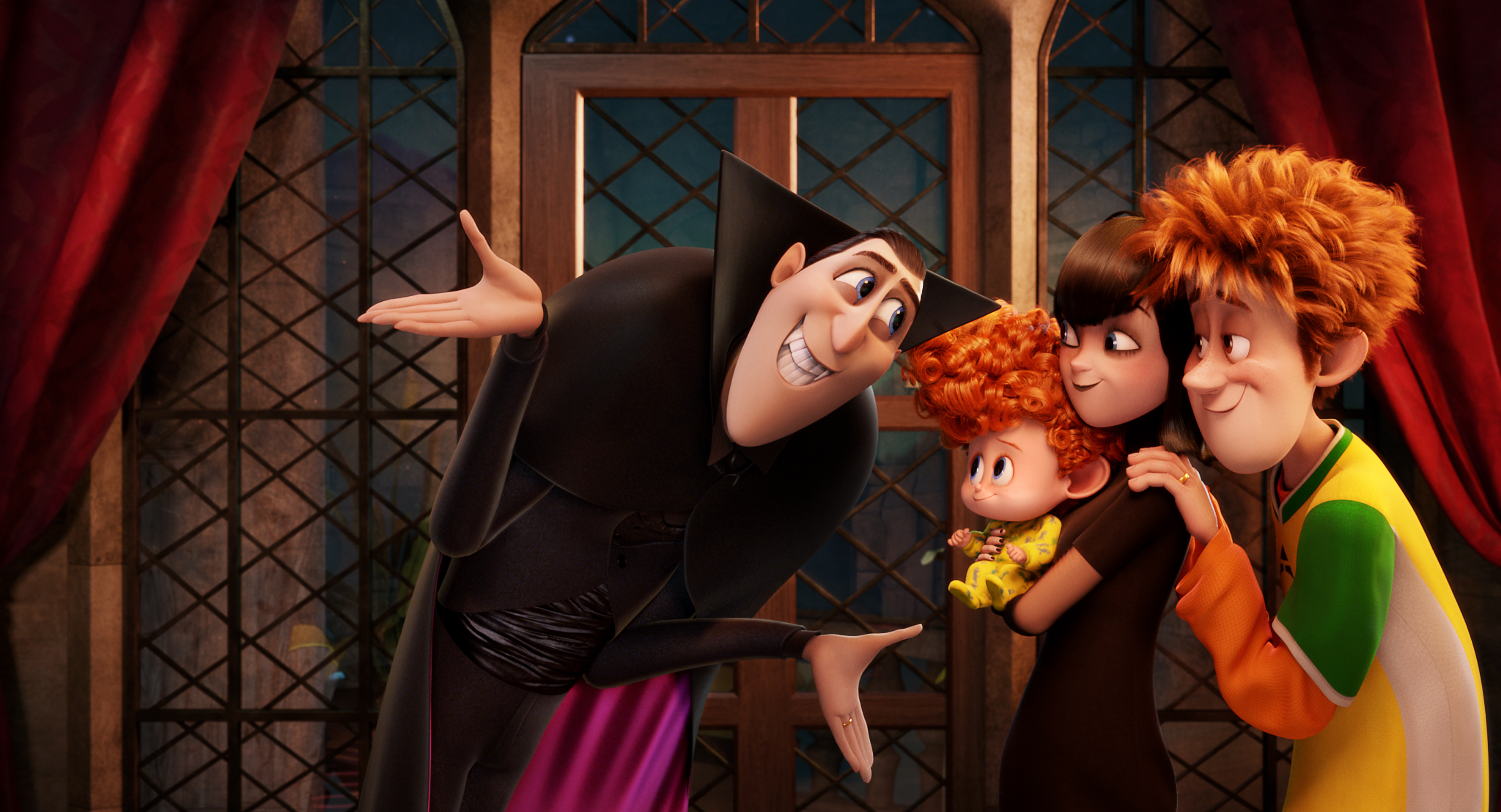 In an unsurprising sequence of events, Adam Sandler has once again brought to the table a movie of immense success. With an incredible opening weekend at the box office, Hotel Transylvania 2 has claimed a spot on the “must-watch” Halloween movie list.

The sequel takes place seven years after the events of the first film. Dracula (Adam Sandler) has a five-year-old grandson, Dennis (Asher Blinkoff), whose lack of vampire abilities worries him. Dracula enlists his monster friends to help make Dennis a vampire, and has to deal with the unwanted arrival of Vlad (Mel Brooks), his human-hating father who turns everything upside down.

I must commend Sandler for continuously sticking to the same group of people in all of his movies; this comedic cast really makes the film a success. With the exception of Selena Gomez sounding like she was reading a script, the voice actors really take their roles to the next level, delivering every line perfectly.

Along with his co-writer Robert Smigel, Sandler managed to slip in some brilliant dialogues, hysterical scenes and a great plot. As per Sandler’s usual, the story had a moral good enough for kids and adults alike. There are some sweet and funny moments, and an amazing representation of the nostalgia we feel as we get older.

It’s not only the actors and script that deserve shout outs; I have to say the animation was fantastic. There were certainly some ambitious moments of defying gravity and moving bodies in ways they should never be moved, but that’s definitely not something to be criticized. The exaggeration of the animation always makes these films much more amusing. The skills with which the characters and scenes were made, as well as the details, are extraordinary. It was almost powerful enough to send me back to the days where all animated TV shows and movies looked real (did I mention the nostalgia?).

Just when you think the movie cannot get any sillier, the choice in music proves you wrong: Mark Mothersbaugh did his job well, conveying the emotions each scene was supposed to have. His style brought about some of the funniest parts in the movie: the dance sequences. Mixed with the dance moves of an exaggerated animation and the most random choice of songs, those scenes had everyone laughing.

Although the movie included Sandler’s characteristic comedy and sweetness, I think it’s fair to say that the sequel was not as good as the original. Perhaps that’s because the original was something new and fresh. This one felt a bit rushed, and it didn’t have everyone laughing quite as much as the original did.

Overall, Hotel Transylvania 2 is definitely worth the watch. Hats off to Sandler for continuing to make amazing movies that draw in people from every generation, that’s definitely an amazing feat!