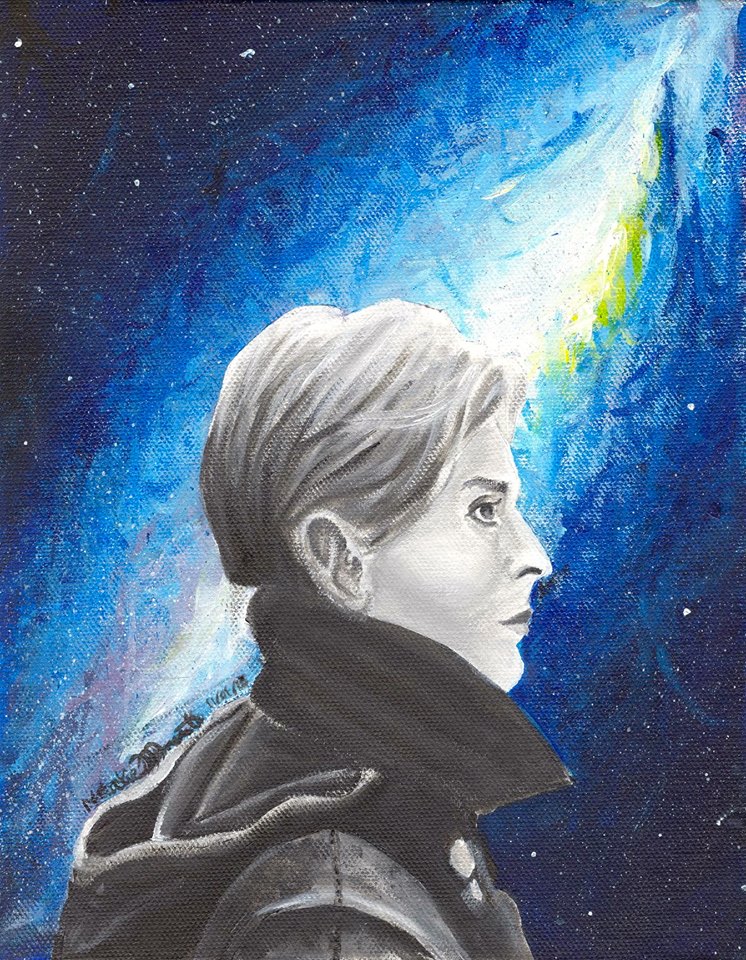 If You Can Hear Us Major Tom, We Thank You

On the night of David Bowie’s death, I was still blissfully unaware of his well-hidden sickness. Waking up to the news the next morning was the ultimate rude awakening: it felt like the equivalent of having a bucket of ice water dumped over my head.

How could it possibly be? Everyone was still buzzing about his new album Blackstar, released two days previously on his 69th birthday. In retrospect, it’s heart-wrenchingly clear that he planned it this way all along. Blackstar was his parting gift to the world before disappearing as suddenly as a puff of smoke; giving nobody enough time to process what had just happened. It’s fitting, really, that he died exactly as dramatically as he’d always lived.

Bowie’s eighteen-month battle with liver cancer was kept very much out of the public eye, which is part of why his death came as such a shock. But it went way beyond that. To so many of us, he’d already transcended immortality. Though he was as human as anyone else, with plenty of flaws, his larger-than-life personas were just so easy to believe in. It seemed natural to view him as an otherworldly beautiful creature that graced Earth with 69 years of his presence, before returning to his true place among the stars.

Though his music holds incredible power to transport us to the dark, seductive world of glam rock, it also holds a very human power to reach out to those in need and to make people feel less alone. Bowie has always been the ultimate figurehead for the misfits, the weirdos. He left behind a trail of individuality as bright as a blazing comet and invited us along for the wild ride. He once said: “I don’t know where I’m going from here, but I promise it won’t be boring.” A promise well kept; Bowie was many things, but boring was never one of them.

The widespread grief over his death may seem strange to some people, since the fans mourning Bowie didn’t know him personally. But that’s exactly the power music holds: Bowie provided so many of us with the soundtrack to our lives; it’s a constant source of comfort that holds your hand as you grow. The hot summer nights driving fast with the windows cranked down, “Rebel Rebel” blasting as the wind blows through your hair. The cold winter mornings on the bus, headphones jammed into your ears so you can listen to “Life on Mars” while you ignore your freezing fingers. He was there with us in spirit every time.

Bowie’s death came with a reminder that I personally really needed: life is short. It can be filled with pain and mundane moments, but there simply isn’t enough time to let that overpower everything. Better to chase your dreams, embrace your individuality. In the spirit of Bowie: be fearless. You’ll most definitely have the approval of our very own starman, gone back to the sky too soon.