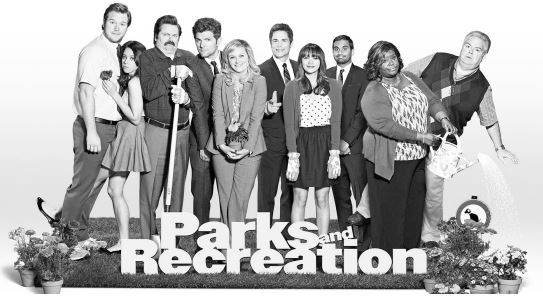 A Late, Spoiler-Free Farewell to a Perfectly Executed Sitcom

It’s been almost a month since fans around the world said goodbye to Parks and Recreation with a finale so heartwarming that it convinced many Parks strangers, such as myself, to catch up with all the hype.

The show started off with a shaky first season when it struggled to find its independence from its inspiration, The Office.

However, the characters, humour, and setting soon took shape, and the show grew into a sweet, relevant sitcom with a loyal audience.

Parks and Recreation follows Amy Poehler as Leslie Knope, an optimistic, ambitious bureaucrat who is determined to make her small town, Pawnee, thrive.

Her quest is halted at every corner by crabby townspeople, apathetic coworkers, and the always difficult rules of bureaucracy. After nurse Ann Perkins complains about the empty pit in her backyard, Leslie finds herself with a mission—and a new best friend. As she attempts to turn the pit into a park, viewers are introduced to a handful of equally loveable characters: Andy Dwyer, Ann’s boyfriend; Ron Swanson, head of the Parks and Recreation department; Leslie’s coworkers Tom Haverford, Donna Meagle, and Jerry Gergich; and the department’s intern, April Ludgate.

As the show goes on, characters come and go with television writing expertise. Rarely does a character get too much spotlight or too little depending on how likeable they have proven to be. It has been one of the best ways to see a show develop.

Little is forced. Instead, the showrunners seem to have casted some of the most talented comedians they could find and let chemistry have its way.

If you spend any time on the Internet, you’ll have seen screencaps of the funniest moments from the show.

There’s a perfect blend of different types of humour that suit every viewer, ranging from pure immaturity with slapstick comedy to political satire and everything in between.

It’s only a shame that we won’t be able to see any more content from Harris Wittels, the Co-Executive Producer of the show, who passed away just before the last episode aired. The final season ended up being similar to many departing shows: it was so focused on giving a respectful goodbye to each character that it lacked in substantial plot. It’s better than the other way around.

The final episodes, complete with weird time jumps where the characters don’t seem to have aged ten years into the future, wrap up everyone’s story by showing just how much Leslie Knope has touched them. I know I am among many viewers who have also been touched by her massive heart.

Having achieved her dreams with even further to go, one of the final moments of the show has her conclude a speech to graduating university students with, “what makes work worth doing is getting to do it with people that you love.”