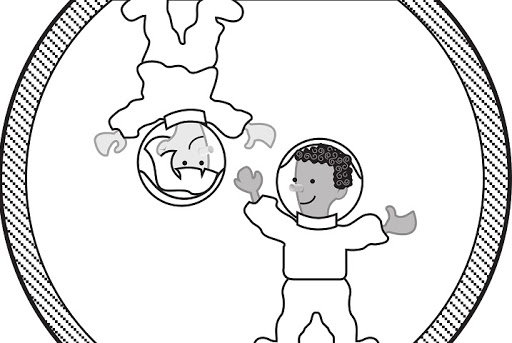 Science has taken us a long way in the exploration of our planet and extraplanetary environments. Being able to float and move freely might seem like every persons’ dream, but there are some major downsides to being exposed to zero gravity for an extended period of time. Astronauts receive training before going into space, where they simulate that floating sensation of zero gravity.

Under zero gravity, the muscles in the human body shrink significantly and their strength is reduced by 30 to 40%. Muscle atrophy, which is the degradation of muscle tissue, is accelerated. Our most important muscle is the heart, and under this zero gravity environment, it also shrinks. The blood flow, as explained by NASA scientists, is reduced due to gravity, since the blood has to fight against it to get the blood to the brain. However, under zero gravity, the blood no longer fights any gravity and is able to reach the head more efficiently, which causes a swelled face and bulging eyes.

An absence of gravity has also been found to make people taller, which might seem nice at a first glance, but it is due to the stretching of the vertebrae, the spine, which can be really painful. An interesting find has been that the immune system becomes more compromised, and some astronauts have re-sprouted infections and viruses from the past such as chickenpox for which they carry medication for the itching, as the NASA Flight Surgeon Jeff Jones explains. Some antibiotics and medication also become less effective when gravity is reduced, which makes treating illnesses harder.

As Jeff Jones explains, the muscle mass does not return until some weeks after getting gravity back, and bone mass can take as long as a year to return. This becomes a big concern for longer-lasting trips, like an expedition to Mars, which would require staying in low-gravity conditions for years.

There are at the moment some solutions like vertical treadmills, which work in 0 gravity and reduce muscle and bone loss though exercise to keep the astronauts healthier. These vertical treadmills have been produced thanks to the Standalone Zero Gravity Locomotion Simulator from NASA, which simulated the astronauts’ exercising environment at very low and zero gravity situations. Astronauts are already exercising in space and doing six-month missions in the International Space Station.

Other research studies include the bed rest study, which NASA explains, puts the body through a similar experience to zero gravity. The bed rest study is a voluntary study by which people are asked to perform their daily lives, although reduced to certain activities, in bed with an inclination of six degrees, their head lower than their body, to test how weightlessness affects the body as well as the movement of fluids in the body.

The volunteers stay in that position for 70 days and continue with their daily routines: eating, exercising, and even showering in that position. Seeing how their bodies react to that feeling, NASA scientists are able to properly understand the effects of zero gravity on the human body without testing it up in space, saving them an expensive and dangerous trip to space.

Although the bed rest study might seem like what every teenager or young adult wants to do, it comes with some downsides. The volunteers are given a diet for which they have very little choice, and they have admitted to having become quickly bored. Being constantly monitored also results in a source of stress, since they are being constantly checked for blood pressure, heart rate, absorption of nutrients, and more. The psychological states of the volunteers are also checked.

While other options for preservation of a healthy body structure, muscle mass, and overall health of the astronauts are still being studied and improved, we have already come a long way from when we first started space exploration, and we still have a lot more to face.