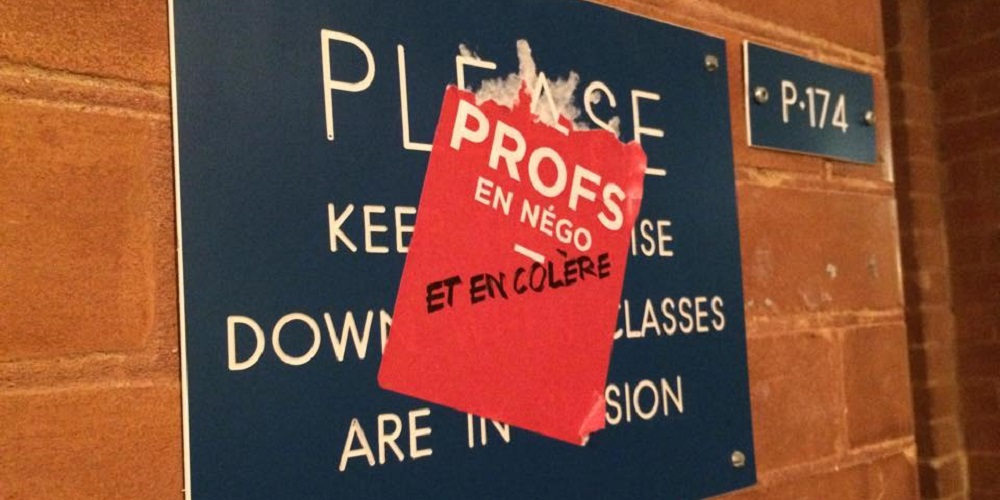 On Monday, September 21st, John Abbott College Faculty Association (JACFA) held a vote on whether or not they want to strike. An overwhelming 89% voted yes to forwarding the strike mandate with the common front.

For the strike to happen, the majority of CEGEPs whose teachers are represented by the FNEEQ (Fédération nationale des enseignantes et des enseignants du Québec) must vote yes to the strike mandate. Out of the 21 schools that have voted before thus far, as I write this on September 22nd, 21 of them have voted in favour of the strike. Once every union in the federation has voted, the last of which are scheduled for the 30th of September, the FNEEQ can go ahead with planning the dates of the strike, which would be 6 nonconsecutive days of the fall semester.

If the strike happens at John Abbott, it would be a hard picket line, meaning no one would be able to enter the college. Therefore, classes would be cancelled.

SUJAC is doing their best to keep track of the situation and inform you of any new developments. Please be sure to visit their office at P-101 with any concerns or inquiries you may have about this issue; they are there for you, the students.

Bandersnatch will also be updating you with as much new information as the situation unfolds throughout the year, so remember to pick up an issue every two weeks and check us out online @ bandersnatch.ca.