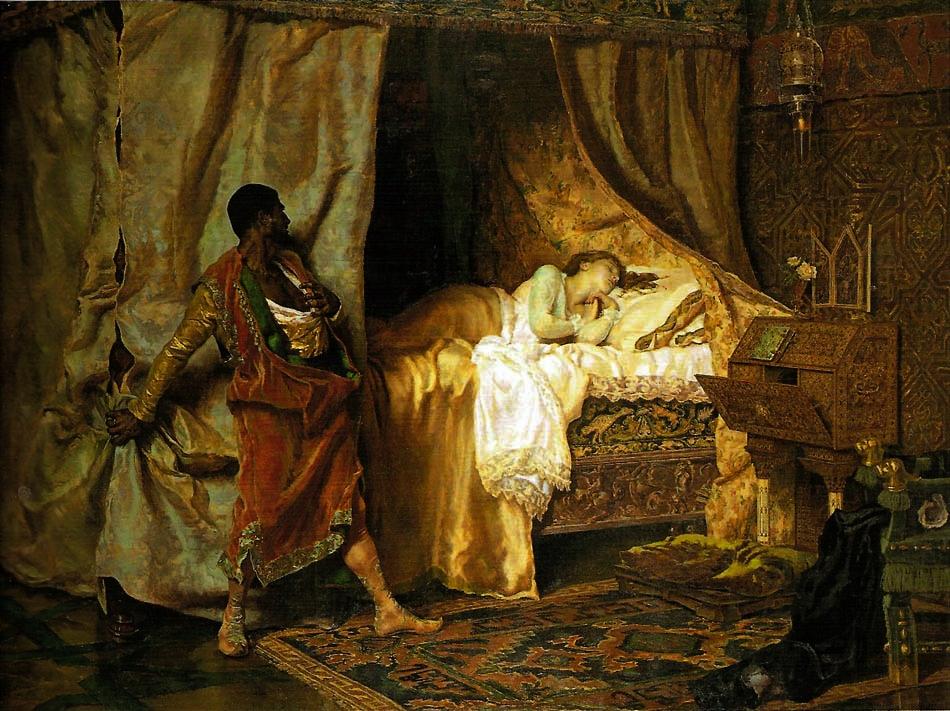 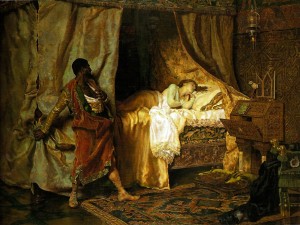 Othello’s Debut at the Globe Theatre Attracts Serfs and Sirs

It’s out people!!! Shakespeare’s done it again! He has created some great pieces of art for everyone to enjoy.

This newest adventure, Othello is ANOTHER tale of tradgedy, adventure and betrayal. It’s a introspective look and examinination into the class-and-caste system we see all over Europe! The titular character. Othello, must navigate the treacherous canals of Venetian politics with his wife, Desdemona and his treacherous lieutenant Iago.

It’s an a thrill. And it’s not nearly as long as Hamlet!!!

Now we were all impressed by his past works of art such as Romeo and Juliet, a tragedy where, unexplainably, two young souls from clashing families fall in love at first sight, and decide to kill themselves rather than be apart from each other. Or Midsummer Night’s Dream, where we find out that those creepy things that are happening in our house may be the result of Robin Goodfellow! But his new works are becoming great hits and adding on to his reputation.

One of his newest works, Macbeth, tells the incredible story of a man who thinks he deserves everything, so he kills just about everyone. Of course, you know what they say, behind every man, there’s a woman. And this woman of his is the wickedest wench I have ever seen from Shakespeare! She gives away her soul in order to be ‘more of a man’ and pushes her husband, Macbeth, into starting his death parade in the first place. Of course, there is so much more to this, but I can’t spoil it for all you Shakespeare fans.

Another one of his great new pieces include The Tempest, where we see the mind blowing story of a naive girl named Miranda who was exiled as a child to an island with her father by his power hungry brother, (because Shakespeare loves family drama) and almost raped by a cannibal like creature. On the island, her father plots a huge scheme to get them off the island and manipulates everyone to do his bidding. Needless to say, this is quite a story, but this is only the beginning. I’ll leave it to you guys to watch the rest.

But again, don’t forget the classics! I highly recommend that you keep up with Shakespeare’s new work but go back and watch his older masterpieces such as the ones mentioned beforehand. But there are many more! For instance, Taming of the Shrew, where a nasty woman named Katherine is forced to marry an ego self-centered man named Petruchio. Of course, Petruchio treats her like a any man would, his property and does with her as he pleases. Even so, this sexist story creates a lovely relationship, and much more happens, but it’s up to you whether or not you find that out. Another play I’d recommend seeing is Twelfth Night, where a woman with a twin brother dresses like a man to get a job. This isn’t much of a surprise, after all, what sane human being wants to be a woman?

Of course, there are many other plays, such as Hamlet and Julius Caesar, but these are the funny ones. So sit back, relax, grab a chicken leg and enjoy the show!