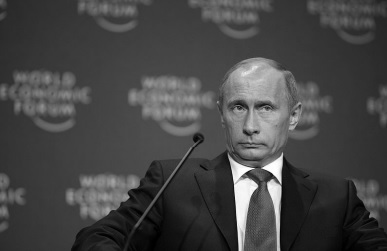 Since 2004, the Russian rouble has lost 53.85% on the USD (Yahoo Finance). The currency had been hovering since its drop after the 2008 crisis until this June when the effect of economic sanctions first started to be heavily felt. Since then the rouble has been sliding, losing 45.26% in the past six months. The trend took a sharp downward turn in November and has since dropped even more due to dropping oil prices.

Despite spending $76 bn and 5.4 bn euros, the currency lost 41% against the dollar and 34% against the euro (BBC). As a result the national output has shrank 0.5% and is expected to shrink by another 1% by the end of 2015 according government forecasts (BBC). This is the first shrinking in Russia since 2009 (Daily Mail UK).

As inflation rises to the double digits, Russia has raised the key rate to 17% (BBC). The central bank does not expect a recovery until 2017 (Daily Mail UK). The fall is largely blamed on the economic sanctions that have been in place on Russia since they invaded Crimea last March and the decline in oil prices. A new round of sanctions imposed by the United States and Canada in mid-December sparked more of a decline. It is unlikely that any sanctions will be lifted in the near future as a new round of fighting sparks up in Ukraine. With the death toll of the recent bombing at Mariupol at 30 (Deutsche Welle) and President Obama considering new options to put pressure on Russia, it is unlikely to see a way for Russia to win in the long run (Reuters).

International pressure from bodies in the UN and various states for Russia to withdraw support for the rebels in Ukraine has been increasing, meanwhile Russia has not shown any interest of withdrawing (Deutsche Welle). While it is unknown what it will take for Russia to do so, the cost of weapons and “humanitarian aid” will at some point become too costly for Russia to maintain.

On the economic front, more than two thirds of Russia’s annual budget comes from taxes on oil and natural gas companies (OilPrice). According to the Telegraph, “the ‘fiscal break-even price’ of oil needed to balance the Russian budget is now $117 a barrel.” William Bowder of Hermitage Capital Management says that “all it will take is a fall in the price of oil to $60 a barrel and Putin will be gone in a year.” This drop in Brent Crude, according to Deutsche Bank and Bank of America, is quite possible. With oil prices currently at under $50 (Nasdaq, Bloomberg) it is clear that Russia will need a miracle to end the year without a massive budget deficit. Should the drop in oil prices be sustained, Ru